TODO: Remmeber to copy unique IDs whenever it needs used.

Machine Learning vs. AI, Important Differences Between Them

Unfortunately, some tech organizations are deceiving customers by proclaiming using AI on their technologies while not being clear about their products’ limits

Recently, a report was released regarding the misuse from companies claiming to use artificial intelligence [29] [30] on their products and services. According to the Verge [29], 40% of European startups that claimed to use AI don’t actually use the technology. Last year, TechTalks, also stumbled upon such misuse by companies claiming to use machine learning and advanced artificial intelligence to gather and examine thousands of users’ data to enhance user experience in their products and services [2] [33].

Unfortunately, there’s still a lot of confusion within the public and the media regarding what truly is artificial intelligence [44], and what truly is machine learning [18]. Often the terms are being used as synonyms, in other cases, these are being used as discrete, parallel advancements, while others are taking advantage of the trend to create hype and excitement, as to increase sales and revenue [2] [31] [32] [45].

Below we will go through some main differences between AI and machine learning.

Machine learning (ML) is a branch of artificial intelligence, and as defined by Computer Scientist and machine learning pioneer [19] Tom M. Mitchell: “Machine learning is the study of computer algorithms that allow computer programs to automatically improve through experience.” [18] — ML it’s one of the ways we expect to achieve AI. Machine learning relies on working with small to large data-sets by examining and comparing the data to find common patterns and explore nuances.

Get Published with Towards AI
Towards AI is the world’s fastest-growing AI community for learning, programming, building, and implementing AI. towardsai.net

For instance, if you provide a machine learning model with a lot of songs that you enjoy, along their corresponding audio statistics (dance-ability, instrumentality, tempo or genre), it will be able to automate (depending of the supervised machine learning model used) and generate a recommender system [43] as to suggest you with music in the future that (with a high percentage of probability rate) you’ll enjoy, similarly as to what Netflix, Spotify, and other companies do [20] [21] [22].

In a simple example, if you load a machine learning program with a considerable large data-set of x-ray pictures along with their description (symptoms, items to consider, etc.), it will have the capacity to assist (or perhaps automatize) the data analysis of x-ray pictures later on. The machine learning model will look at each one of the pictures in the diverse data-set, and find common patterns found in pictures that have been labeled with comparable indications. Furthermore, (assuming that we use a good ML algorithm for images) when you load the model with new pictures it will compare its parameters with the examples it has gathered before in order to disclose to you how likely the pictures contain any of the indications it has analyzed previously.

The type of machine learning from our previous example is called “supervised learning,” where supervised learning algorithms try to model relationship and dependencies between the target prediction output and the input features, such that we can predict the output values for new data based on those relationships, which it has learned from previous data-sets [15] fed.

Machine learning is mesmerizing, particularly its advanced sub-branches, i.e., deep learning and the various types of neural networks. In any case, it is “magic” (Computational Learning Theory) [16], regardless of whether the public, at times has issues observing its internal workings. In fact, while some tend to compare deep learning and neural networks to the way the human brain works, there are essential differences between the two [2] [4] [46].

That is a great way to define AI in a single sentence; however, it still shows how broad and vague the field is. Fifty years ago, a chess-playing program was considered a form of AI [34], since game theory, along with game strategies, were capabilities that only a human brain could perform. Nowadays, a Chess game would be considered dull and antiquated due to the fact that it can be found on almost every computer’s OS [35]; therefore, “until recently” is something that progresses with time [36].

Assistant Professor and Researcher at CMU, Zachary Lipton clarifies on Approximately Correct [7], the term AI “is aspirational, a moving target based on those capabilities that humans possess but which machines do not.” AI also includes a considerable measure of technology advances that we know. Machine learning is only one of them. Prior works of AI utilized different techniques, for instance, Deep Blue, the AI that defeated the world’s chess champion in 1997, used a method called tree search algorithms [8] to evaluate millions of moves at every turn [2] [37] [52] [53].

AI, as we know it today, is symbolized with Human-AI interaction gadgets by Google Home, Siri, and Alexa, by the machine learning powered video prediction systems that power Netflix, Amazon, and YouTube. These technology advancements are progressively becoming essential in our daily lives. In fact, they are intelligent assistants that enhance our abilities as humans and professionals — making us more and more productive.

In contrast to machine learning, AI is a moving target [51], and its definition changes as its related technological advancements turn out to be further developed [7]. Possibly, within a few decades, today’s innovative AI advancements will be considered as dull as flip-phones are to us right now.

The term “artificial intelligence” came to inception in 1956 by a group of researchers, including Allen Newell and Herbert A. Simon [9], Since then, AI’s industry has gone through many fluctuations. In the early decades, there was a lot of hype surrounding the industry, and many scientists concurred that human-level AI was just around the corner. However, undelivered assertions caused a general disenchantment with the industry along with the public and led to the AI winter, a period where funding and interest in the field subsided considerably [2] [38] [39] [48].

Afterward, organizations attempted to separate themselves with the term AI, which had become synonymous with unsubstantiated hype and utilized different terms to refer to their work. For instance, IBM described Deep Blue as a supercomputer and explicitly stated that it did not use artificial intelligence [10], while it actually did [23].

Deep learning started to perform tasks that were impossible to do with classic rule-based programming. Fields such as speech and face recognition, image classification and natural language processing, which were at early stages, suddenly took great leaps [2] [24] [49], and on March 2019–three the most recognized deep learning pioneers won a Turing award thanks to their contributions and breakthroughs that have made deep neural networks a critical component to nowadays computing [42].

Hence, to the momentum, we see a gearshift back to AI. For those who had been used to the limits of old-fashioned software, the effects of deep learning almost seemed like “magic” [16], especially since a fraction of the fields that neural networks and deep learning are entering were considered off-limits for computers. Machine learning and deep learning engineers are earning skyward salaries, even when they are working at non-profit organizations, which speaks to how hot the field is [50] [11].

Sadly, this is something that media companies often report without profound examination and frequently go along AI articles with pictures of crystal balls, and other supernatural portrayals. Such deception helps those companies generate hype around their offerings [27]. Yet, down the road, as they fail to meet the expectations, these organizations are forced to hire humans to make up for the shortcomings of their so-called AI [12]. In the end, they might end up causing mistrust in the field and trigger another AI winter for the sake of short-term gains [2] [28].

The author would like to extensively thank Ben Dickson, Software Engineer and Tech Blogger for his kindness as to allow me to rely on his expertise and storytelling, along with several members of the AI Community for the immense support and constructive criticism in preparation of this article.

DISCLAIMER: The views expressed in this article are those of the author(s) and do not represent the views of Carnegie Mellon University, nor other companies (directly or indirectly) associated with the author(s). These writings are not intended to be final products, yet rather a reflection of current thinking, along with being a catalyst for discussion and improvement.

A Simple, yet Technical Glossary of Terminology in AI
Simple glossary of terms, abbreviations, and concepts related to the field and sub-fields of artificial intelligence…towardsai.net
Limitations of Deep Learning in AI Research
Artificial intelligence has achieved incredible feats thanks to deep learning, however, it still falls short of human…towarsdai.net
The Best Public Datasets for Machine Learning
What are some open datasets for machine learning? After scrapping the web for hours after hours, we have created a…towardsai.net

[19] For pioneering contributions and leadership in the methods and applications of machine learning. | “Prof. Tom M. Mitchell”. National Academy of Engineering. Retrieved October 2, 2011.

[33] Misuse of AI can destroy customer loyaty: here’s how to get it right | Compare the Cloud | https://www.comparethecloud.net/articles/misuse-of-ai-can-destroy-customer-loyalty-heres-how-to-get-it-right/ 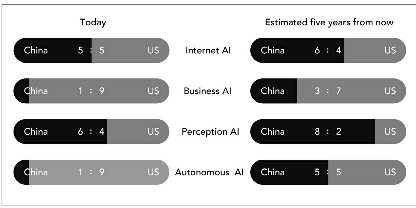 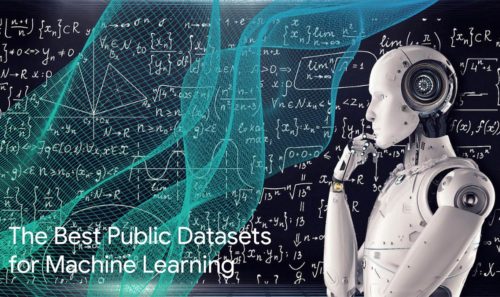 The Best Public Datasets for Machine Learning and Data Science

Machine Learning vs. AI, Important Differences Between Them